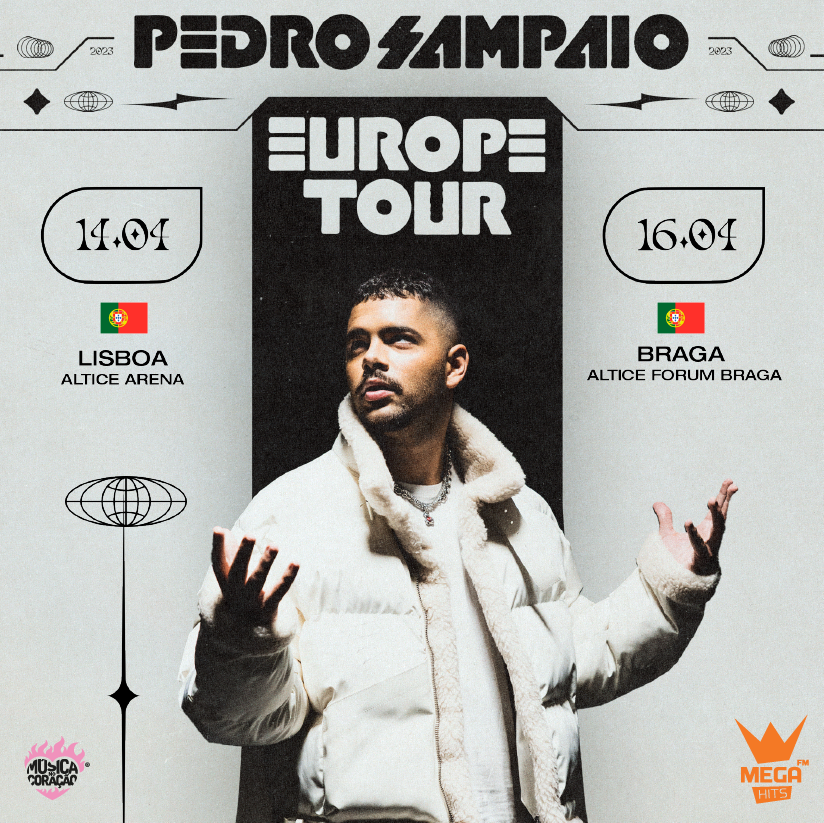 Pedro Sampaio is the most popular phenomenon in current Brazilian music. With dizzying growth, the musician has broken successive records, particularly on digital platforms, in Brazil and also in Portugal.  He offers an unforgettable experience on stage thanks to his powerful and contagious energy that involves the audience from the beginning to the end of his performances. After the huge success of his performance at this year's MEO Sudoeste, the musician now returns to Portugal for two unmissable concerts in his own name: 14 April 2023, at the Altice Arena in Lisbon, and 16 April, at Altice Forum Braga.

Tickets are on sale at meoblueticket.pt and usual official sale locations.