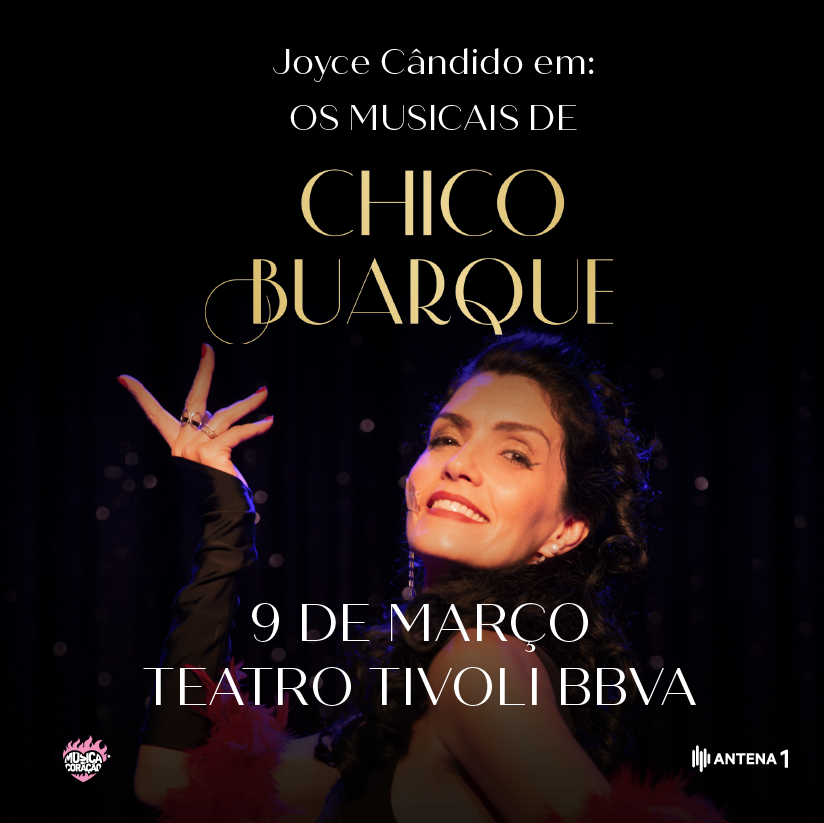 Chico Buarque is one of the main figures of Brazilian music. Owner of an authorial work with several dimensions, the composer also adventured into the territory of musicals. Discovering this world is precisely the proposal of the show “Os Musicals de Chico Buarque” by Joyce Cândido, one of the main Brazilian voices of today. The singer and actress leads the audience through an unmissable show, which, after its success in Brazil, now arrives in Portugal, on March 9, 2023, at Teatro Tivoli BBVA.

“Ópera do Malandro”, “O Grande Circo Místico”, “Gota d’água”, “Calabar: O Elogio da Traição”, “Os Saltimbancos” and “Roda Viva” are some of the highlights of this show. A millimetric seam woven by Joyce. Scene. Corner. Dance. Interpretation. Everything is designed to live up to this rich repertoire.

Only tickets purchased at official points of sale are valid.