A História do Hip Hop Tuga

A História do Hip Hop Tuga 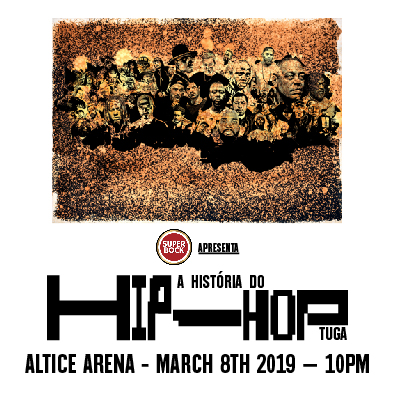 After the success of the first presentation of this show back in 2017, history is made again, on the 20 year anniversary of hip-hop in Portugal.

“The History of Portuguese Hip-Hop” is back to make history on stage. A concert that was planned to be a one time unique show returns on March 8, 2019 in Altice Arena, in response to the many requests from the audience and the artists’ desire.

The starting point is the same: to gather on stage a good number of the most representative names of Portuguese hip-hop of the last 20 years, celebrating the place that hip-hop culture holds today, stronger than ever.

The winning team that participated in the first show will be joined on stage by more artists, MCs, DJs, Writers and Bboys.